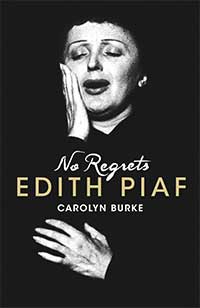 The iconic French singer comes to life in this enthralling biography written by Australian author Carolyn Burke, who captures Edith Piaf’s immense charisma along with the time and place that gave rise to her unprecedented international career. Burke’s previous biographes include  “Lee Miller: A Life” and “Becoming Modern: The Life of Mina Loy.”

Raised by turns in a brothel, a circus caravan, and a working-class Paris neighborhood, Piaf began singing on the city’s streets, where she was discovered by a Champs-Elysées cabaret owner. She became a star almost overnight, seducing Paris’s elite and the people of its slums in equal measure with her powerful, passionate voice. END_OF_DOCUMENT_TOKEN_TO_BE_REPLACED 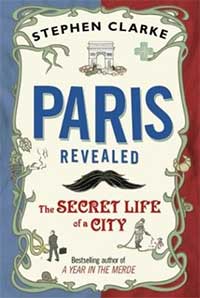 Paris Revealed is the latest literary offering from long time fan of Paris and prolific author, Stephen Clarke. The cover promises to ‘reveal Paris’ and this wonderfully informative book more than amply delivers. Full of fascinating insights into Parisan life and the city of Paris itself, it succeeds at being compelling reading for anyone who loves the “Ville-Lumière.” END_OF_DOCUMENT_TOKEN_TO_BE_REPLACED 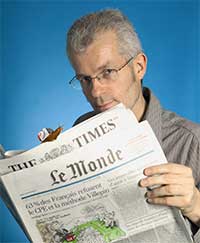 Stephen Clarke, known for his popular novel “Year in the Merde” depicting  the indisputably laddish protagonist, Paul West and his expat adventures in France, was in Paris recently promoting his latest book  “1000 Years of Annoying the French.” END_OF_DOCUMENT_TOKEN_TO_BE_REPLACED