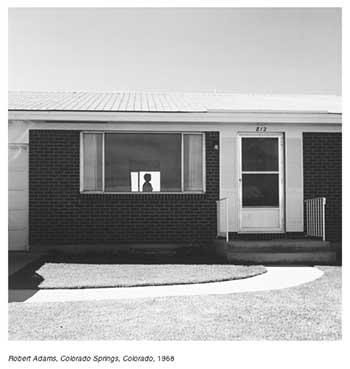 “The Place We Live” at Paris Jeu de Paume is a retrospective of Robert Adams’  photography (until May 18, 2014). This exhibition, which has already been seen in several North American venues such as the Vancouver Art Gallery and Los Angeles County Museum of Art,  is based on  work purchased by The Yale Art Gallery (1,465 master prints) in 2005. END_OF_DOCUMENT_TOKEN_TO_BE_REPLACED 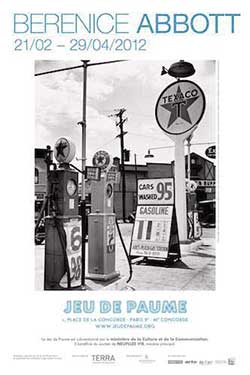 Documentary photographer Berenice Abbott  (1898-1991), best known for her black and white photographs of New York City architecture,  is featured with a retrospective exhibition of her work at Paris’ Jeu de Paume.  With over 120 black and white  photographs, plus a selection of books and documents never shown before, this is the first exhibition in France to cover the many aspects of her work. END_OF_DOCUMENT_TOKEN_TO_BE_REPLACED

William Klein’s approach to photography challenges the way people see the world. His photos have been described as being a lyric combination of black humor, acerbic social observation and daring graphic invention.’

END_OF_DOCUMENT_TOKEN_TO_BE_REPLACED

Los Angeles gallery owner Steven White talks about his passion for discovering the undiscovered… May 1989. Steven White’s collection of photographs with images dating from the l840’s to the early 20th century recently opened at the Palais de Tokyo. What makes this show special is that it includes not only legendary photographers such as Alfred Stieglitz and Edward Weston but also unknown gems that White has retrieved from history’s ‘lost and found’. In the following interview Steven White discusses his philosophy of collecting, the Tao, and what’s wrong with the contemporary photography scene. END_OF_DOCUMENT_TOKEN_TO_BE_REPLACED

Ralph Gibson is one of contemporary photography’s major heroes. His reputation, although falling short of rockstar status, comes as close to is as any photographer is likely to get. Gibson’s seductive visual metaphors have charmed photo-philes since the early seventies when he published his trilogy of books The Somnambulist, Déjà-vu and Days at Sea. He was in Paris recently for the opening of a show of his new work, “In Situ”, at the Agathe Gaillard Gallery and gave the following interview:

END_OF_DOCUMENT_TOKEN_TO_BE_REPLACED

Canadian photographer Yousuf Karsh’s quest for the “perfect portrait” spans fifty years and illustrates the faces of the world’s most accomplished men and women. His detailed likenesses reveal what he calls the “inner power” of his subjects. “It is the mind and soul of the personality before my camera that interests me most”, says Karsh, “and the greater the mind and soul, the greater my interest”.The Centre National de la Photographie at the Palais de Tokyo is showing 150 of Karsh’s classic portraits this month. The show, organized by the International Center of Photography in New York, is a veritable visual Who’s Who. Karsh recently visited Paris to oversee the hanging of his show and gave the following interview.

Paris Voice:  You once said that the perfect portrait has yet to be made. What did you mean?